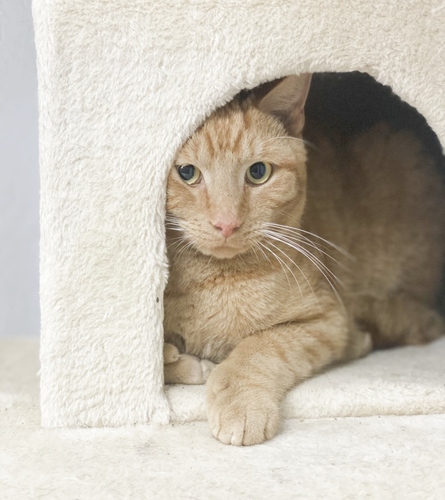 We're proud to announce our support to the Florida State Senate Committee on Agriculture in favor of Senate Bill 48, legislation that would prohibit the harmful practice of elective declawing in the state of Florida. For well over a decade, Friends of Strays has been strongly opposed to declawing cats for non-medical purposes and consider it a form of mutilation. Declawing involves the amputation of a cat’s toes back to the first knuckle. It is one of the most painful routinely performed procedures in all of veterinary medicine.

This legislation, proposed by Senator Lauren Book, would impose disciplinary action by the Board of Veterinary Medicine and fine veterinarians $1,000 who declaw cats for non-therapeutic reasons. It includes an exemption for procedures that are done to treat medical conditions such as illness, infection, or injury. A similar bill was passed in the state of New York in July, 2019.

“Declawing is not only unnecessary and painful but leads to complications that increase the likelihood of cats being surrendered to animal shelters,” says Friends of Strays CEO, Dara Eckart. “In a considerable amount of cases, declawed cats develop chronic pain and anxiety after the procedure. They also tend to bite more, as they feel it’s their only form of defense. There are many harmless ways to live humanely with cats while still avoiding furniture destruction. Our cats deserve better than what they’re currently getting.”

Consensus has built on this position across the animal welfare world. In addition to New York banning declawing, the American Association of Feline Practitioners announced its position against elective declawing in 2017. This month, Banfield Pet Hospital — with nearly 1,000 locations — announced it would no longer provide elective declawing. Elective declawing is also banned in a number of major cities in the United States. Those also wanting to voice their support of SB48 can find contact information for the Florida Senate Committee on Agriculture here.