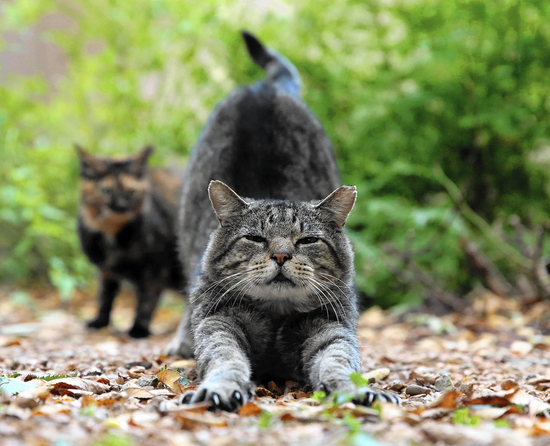 Pinellas County Animal Services (PCAS) recently held a series of public meetings to gather community input on a proposed amendment to an existing community cat policy that would allow for Trap-Neuter-Vaccinate-Release (TNVR) and Return to Field (RTF) by the county. These proposed changes are a major opportunity to get Pinellas one step closer to becoming a no-kill county, so we’d like to take this time to explain why Friends of Strays fully supports TNVR & RTF.

For starters, let’s address the existing policy. Currently, Pinellas County code allows for free-roaming community cats to be cared for by citizens, community groups, or rescue partners. Said cats can be neutered, vaccinated, and returned to their colonies at the hands of various rescue partners; however, as it stands, when a feral cat deemed “unadoptable” is brought to PCAS, Pinellas County code states that the cat must be euthanized.

Under the proposed program, feral cats brought into PCAS that are healthy but not considered adoptable would be returned to their place of origin by county staff to live as community cats after being vaccinated and sterilized, thus drastically reducing the euthanasia rate of Pinellas County. This new program, dubbed Bring Em Home, is hugely important because in addition to reducing the number of unnecessary deaths, it would decrease feral cat populations by spaying and neutering as well as protect public health via rabies vaccinations. This program’s goal is to responsibly manage and reduce feral cat populations while saving more healthy animals.

The research behind TNVR and RTF is clear.  It is not only the most humane method of preventing cats from entering the shelter system, it’s the most effective. A healthy group of sterilized community cats will prevent unsterilized feral cats from moving into an area and reproducing, therefore slowing the growth of the feral cat population. According to the Humane Society of the United States, only about 2 percent of community cats in the United States are spayed or neutered, and these cats account for about 80 percent of kittens born each year, making them the biggest source of cat overpopulation in the country. A RTF policy, which the county is considering, is an effective way to control and decrease feral cat colonies over time through sterilization. The program builds on the county’s current community cat policy, which allows residents to care for free-roaming cats that are sterilized, ear tipped and vaccinated. A study done by Hillsborough County Animal Services also shows that TNVR will actually save taxpayers money. It found that the cost to sterilize and vaccinate a colony cat to be $65, as opposed to $168 for picking up, handling, and disposing of an animal.

Friends of Strays is proud to stand behind this proposed program and Pinellas County’s commitment to building a safe and healthy animal community.  This policy adapts to our community’s needs by making sure all animals have a safe place to go while carefully considering their behavioral and physical health; all while helping to find a loving home for every adoptable, healthy pet.