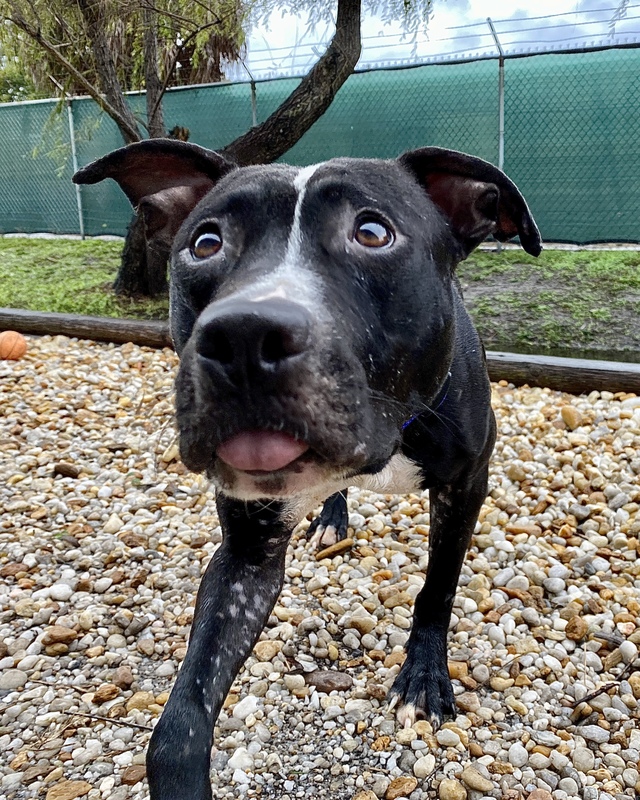 Miko is three years old and he's had a hard life.

He arrived at that shelter in pretty rough shape. He has scars and marks all over his body. We think Miko was probably left to live outside by his previous owners and probably forced to fight other dogs as well. The scars he has on his legs don't happen by accident. He also arrived at that shelter with a torn ligament in his knee. With an expensive surgery looming and no owner to pay for it, that shelter had no options. We decided Miko deserves better.

He has every reason to be apprehensive about people and be aggressive toward dogs, but he is neither. Miko is happy and friendly. He loves to meet new people and he loves to play with toys, even with an injured leg. We saved Miko from being euthanized and we're footing the bill for his surgery. Once he's healed up, we'll find him an amazing family to give him the life he deserves.

Miko is in foster care right now awaiting surgery, but he's available for adoption. He started training classes with Jennifer Johnson from the Good Steward Training Company this month to set up him for a successful life with his new family.